What did the early settlers see?

The area has gone through many changes of flora and fauna since the mid-1800s but this may be like the scene those early settlers saw as they stepped from the woods through the savanna and into the fertile prairie land of Franzosenbusch.

The picture was created using several images from the savanna-prairie edge one block north of 31st Street in the Wolf Road Prairie Preserve.  Trees to the north and structures along Cermak Avenue (22nd Street) were removed to give the illusion of a distant prairie skyline.  The sidewalks (see below), installed in the 1920s were also digitally removed. 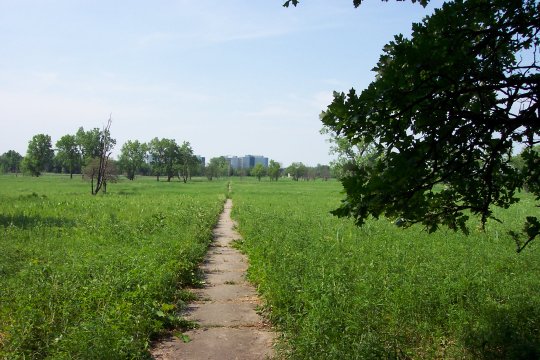